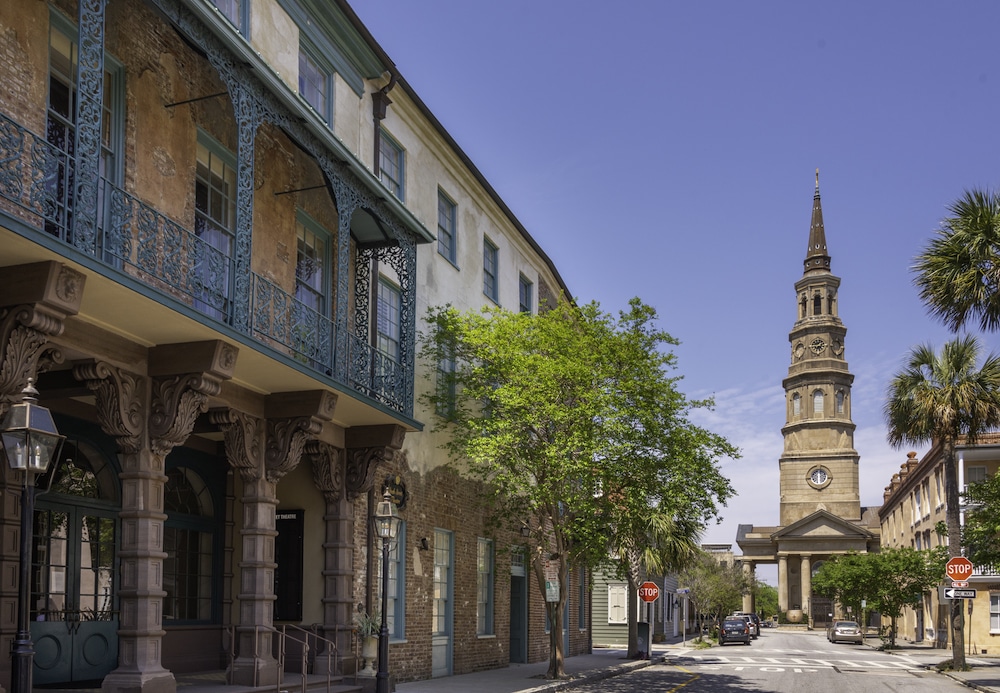 The oldest theater in America lives right here in the heart of downtown Charleston, just a few blocks away from your home at The Jasper. The venue is symbolic of the city’s rich culture and history, and its timeless appeal draws in crowds still to this day.

The Historic Dock Street Theatre opened in 1736 with the debut of its first show, “The Recruiting Officer.” Located on the corner of Church and Queen Street (once known as Dock Street), it was the first establishment built exclusively for theatrical performances in America. “Flora,” the first opera performance in the States, also showcased at the French Quarter theater later that year. It has withstood the challenges of war and the Depression, welcoming more than 50,000 visitors every year on average and exhibiting more than 100 shows annually. It has endured the test of time, heavily influencing the city’s traditional arts.

The City of Charleston is dedicated to the preservation of this treasured gem, and it is cherished by locals who continue to support its long-lasting legacy. The theater premieres performing arts shows, private events and public tours. Most notably, it hosts many of Charleston’s cultural institutions like Spoleto Festival USA, which is globally renowned for showcasing performers in opera, theater, dance and jazz music. Watching a show at the Historic Dock Street Theater is a bucket list item every Charlestonian should cross out at least once.

Visitors are welcome to tour the establishment, which is remarkably approaching its fourth century. You’ll be swept back in time when theatrical performances were the epitome of art and society. The architecture itself was redesigned with inspiration from its original architecture, which burned down in the Great Fire of 1740. Restoration has maintained its timeless beauty throughout the last few centuries.

“The building is a tangible image of the city’s prosperous colonial and antebellum past,” said Stephanie Gray, University of South Carolina scholar. “Albert Simons and Samuel Lapham, the project’s architects, utilized the built environment to craft a particular cultural identity of their city that promoted a romanticized view of Charleston as a bastion of the Old South.”

The theater has preserved its heritage with the original cast iron balcony and restored wrought iron balconies that complement the sandstone columns and carved mahogany brackets. Its design is reflective of the city’s unwavering commitment to keep the building’s historic charm alive.

Experience one of the plays and musicals at the Historic Dock Street Theatre by reserving tickets online at https://charlestonstage.com/shows-and-tickets/how-to-purchase-ticketsnbgb. Patrons of the arts may consider season tickets to save their spot for regular entertainment, you can learn more at the previous link.