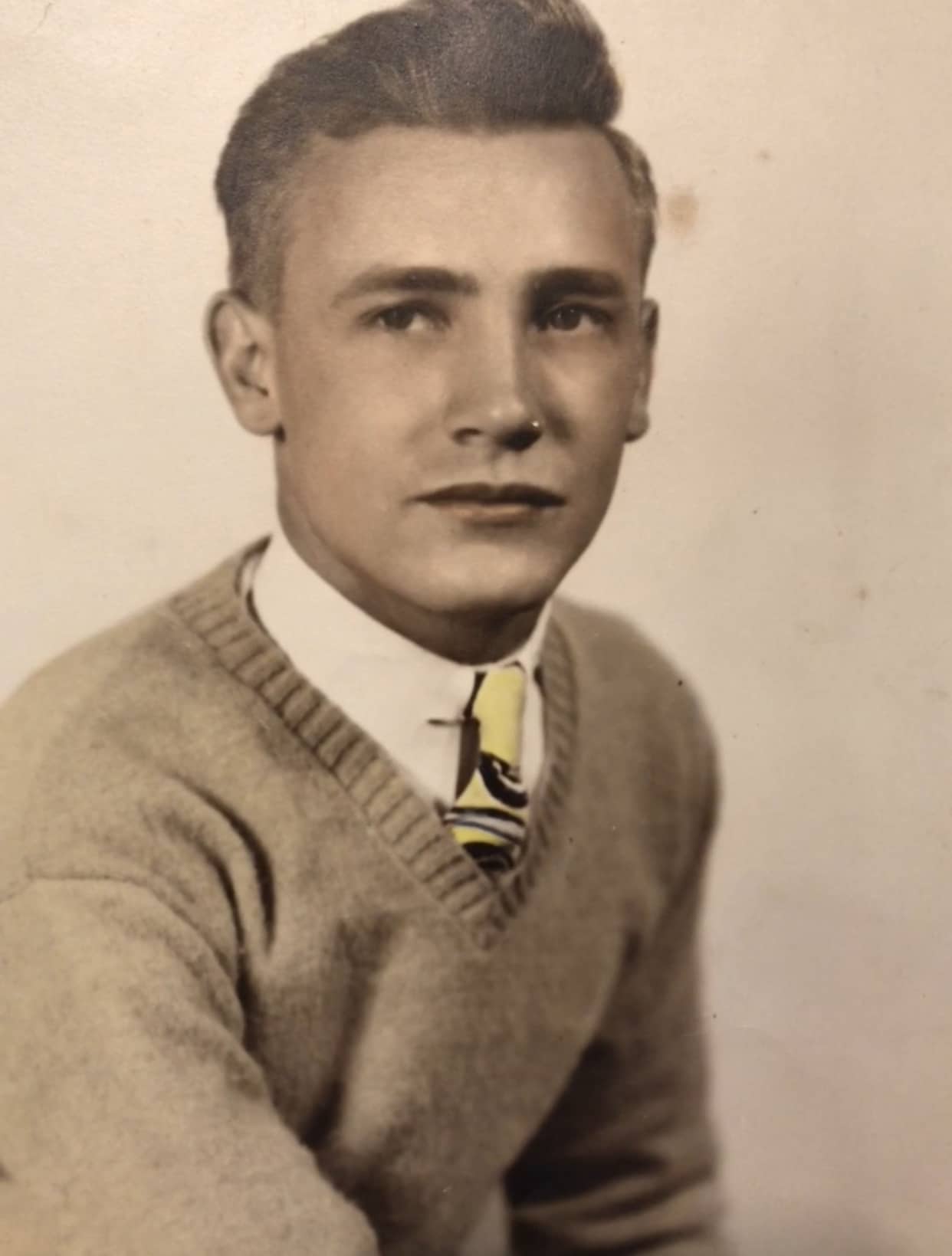 96-year-old Herman Clark was 26 when he helped build Sergeant Jasper as a structural steel worker in 1949. Originally from Virginia, Herman’s friend encouraged him to move to Charleston to help construct the landmark building. At that time, he was a World War II veteran who had already begun a career in construction after his service.

Over 70 years later, Herman still remembers working outdoors with friends, hammering red hot rivets. Construction workers would use a crane to lift steel girders, which were beams to support the structure. Then, four people would pick up a rivet, a mechanical fastener, and Herman would heat up the rivet and use long-path tongs to connect the girder to the columns of the structure.

“It was very interesting, I really liked doing that,” Herman said. “Being out in the open air was nice, I didn’t like to be inside and that’s why I did construction work.”

He fell in love with Charleston’s beaches and even met his wife while constructing Sergeant Jasper. Herman said he was introduced to Beatrice Way while at a local laundromat near the site, and they wed one year later at Hampton Park Baptist Church in 1951, just months after Sergeant Jasper was completed. Today, Herman lives in West Ashley and has two children, Wayne and Randy, who also live in Charleston. Herman’s local projects include other landmarks like the second Cooper River Bridge and the Post & Courier first paper machine.

Before Sergeant Jasper was taken down in 2018, Herman said he used to point at it and reminisce about his first project in Charleston, the one that gave him his home. He has followed the progress of The Jasper and is excited to visit the construction site and meet the construction team.

“It looks amazing,” Herman said. “I’d like to go in it when they complete it.”

When safer times allow for a visit, Herman will meet The Jasper construction team and witness the transformation of the landmark site that introduced to him to his lifelong home. We look forward to sharing a first look with Herman soon.