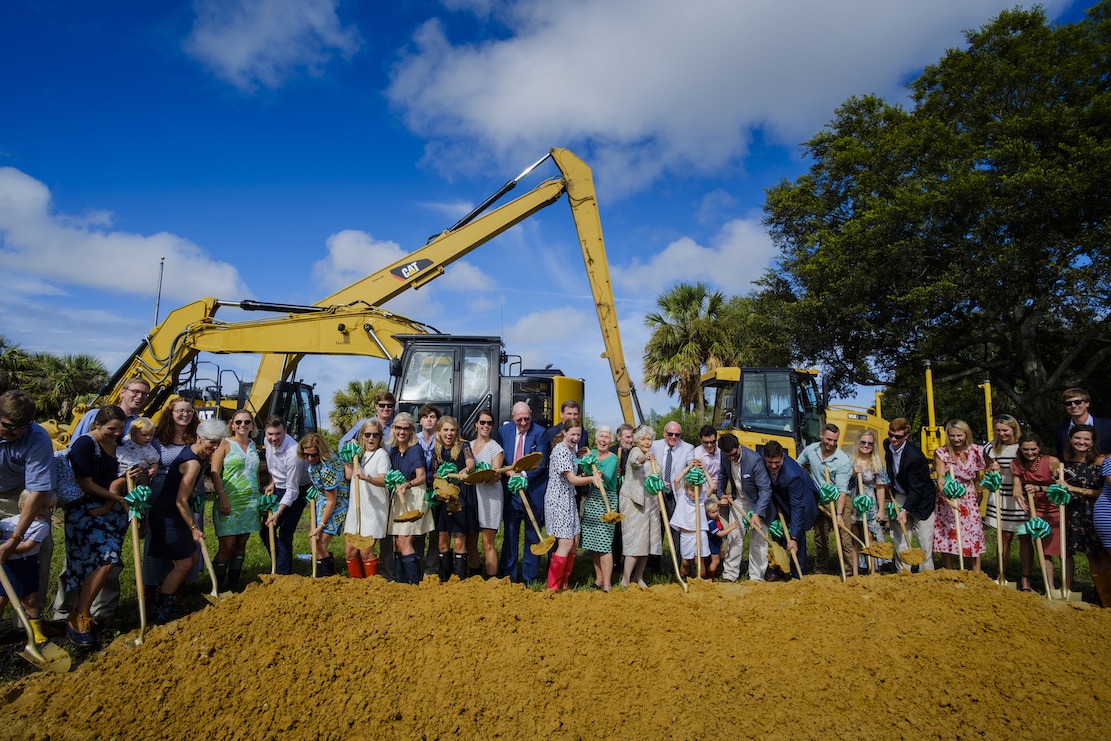 The Anniversary of The Jasper’s 2018 Groundbreaking Celebration

On August 3, 2018, The Beach Company celebrated one of its most anticipated achievements of the decade when it broke ground on The Jasper.

“There is no other location on the peninsula – or possibly the Eastern Seaboard – like The Jasper site,” said John Darby, CEO of The Beach Company. “The Jasper’s combination of location, views, and amenities will set a new standard for luxury living in Charleston.”

The Jasper groundbreaking took place on the same spot as the Sergeant Jasper Apartments groundbreaking 70 years ago. Built in 1950, Sergeant Jasper was The Beach Company’s first modern apartment and mixed-use development on the Charleston Peninsula, planned as affordable housing for veterans returning from World War II.

After 65 years of service, the original building’s mechanical systems became obsolete and plans were made to rebuild. The Jasper will start a new chapter as the only place to live and work in a new luxury space at the western gateway to Charleston’s historic district.

The August 2018 groundbreaking hosted a crowd of three hundred guests. The founding family’s daughters and their generations of children, grandchildren, and great-grandchildren gathered under a festively decorated tent, enjoying refreshments and Jasper-themed gifts for the groundbreaking ceremony. Family members were joined by team members, architects, engineers, and other supportive partners in its development to honor the occasion.

“The Jasper’s location, which allows for unmatched views in every direction, along with its premier amenities, is what makes this a one-of-a-kind legacy project and the finest building in Charleston,” said John Darby, CEO of The Beach Company. “Since day one, we have recognized The Jasper as a jewel in the City’s architectural crown, and it is appropriate to have reached this milestone in The Beach Company’s 75th year in business – our diamond anniversary.”

The Jasper’s groundbreaking was embellished with remembrances from the original Sergeant Jasper including black-and-white posters of the family during the 1950 event, fans featuring a 1950s Sergeant Jasper advertising illustration, golden shovels, commemorative hammers, and Charleston Distilling Co.’s Jasper Gin cocktails.

A Preview from the Architect

Speakers included the lead architect, who gave a glimpse of The Jasper’s future. “In my experience, Charleston’s Board of Architectural Review maintains one of the highest thresholds for architectural integrity in the country,” said Joe Antunovich, FAIA, president of Antunovich Associates. “The Jasper sets the bar for mixed-use buildings in historic districts. Its design, massing and detailing recall the elegance of other cherished neoclassical structures found throughout Charleston, but serves the needs of tomorrow’s resident, neighbor, and office professional. That combination, coupled with top-of-the-line amenities and marvelous views of the Charleston harbor and downtown Charleston, make The Jasper a truly one-of-a-kind legacy project and the finest building in Charleston.”

Architect Joe Antunovich, FAIA, Antunovich Associates specializes in historic redevelopment projects in urban environments and is The Jasper’s principal design architect. Antunovich, a recipient of the Legendary Landmark honor given to Chicagoans for contributions to the city’s civic and cultural legacy, applied his expertise to create a new landmark building in Charleston’s historic district.

The Jasper Gives Back

“With the renovation of Colonial Lake, the improvements to Moultrie Playground, and upon completion of the future waterfront park at St. Mary’s Field on the Ashley River, the west side of the Charleston peninsula will soon be home to some of the city’s most attractive and walkable green space. The Beach Company is happy to have played a part in all of this,” Darby said.

The Jasper is certainly one of the most anticipated triumphs in Charleston for centuries. We look forward to celebrating its grand opening with you soon.