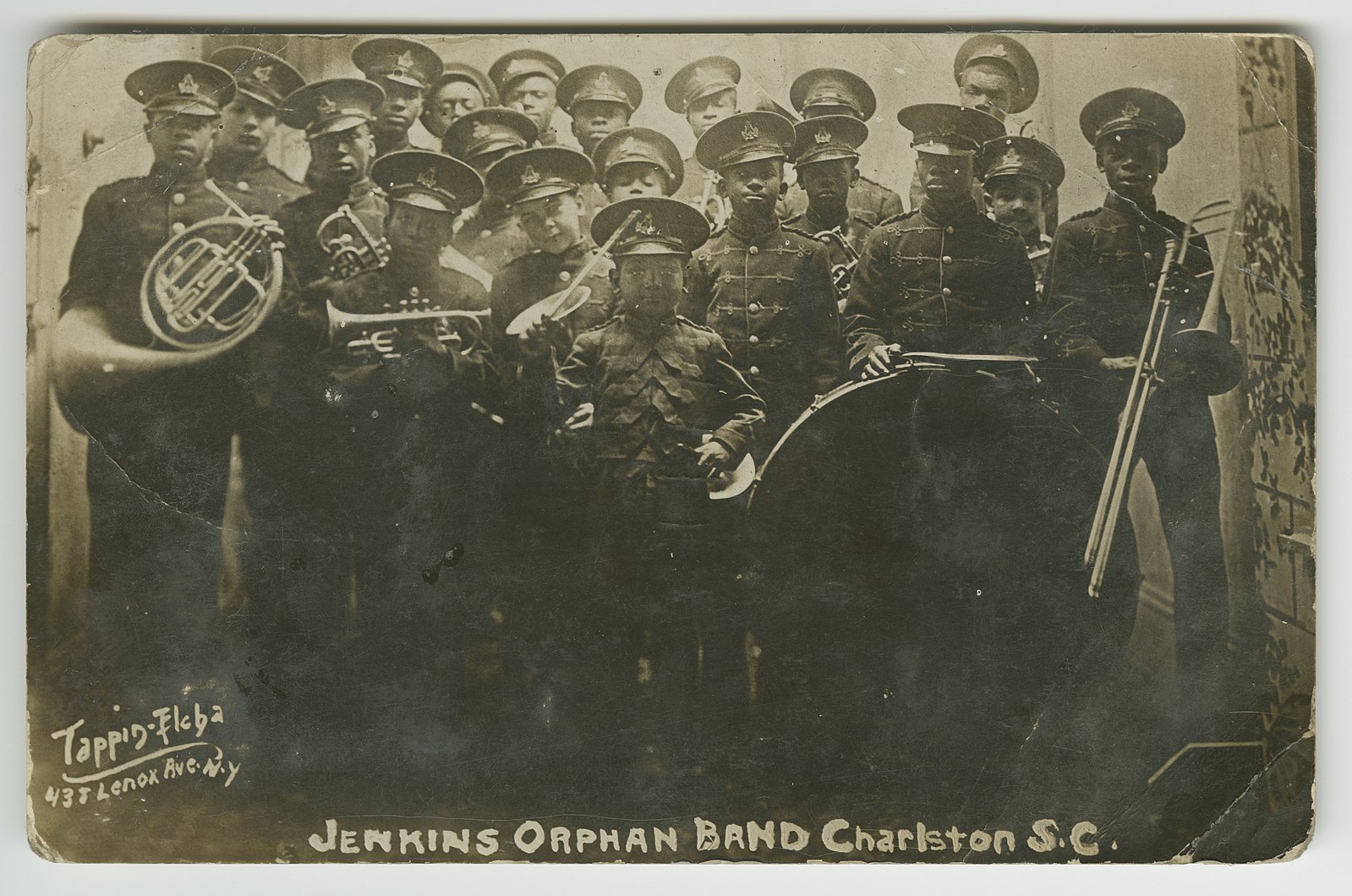 The Birth of Jazz in Charleston

The Roots of Charleston Jazz

“For Charleston, jazz is just like the distinctive taste of okra soup, the plaintive cries of the early-20th-century street vendors, and the meticulous artistry of sweetgrass baskets,” said Jack McCray, author of “Charleston Jazz.”  The trail of this soulful music leads back to the port city, one of the birthplaces of American jazz. Charleston is an incubator for the African-influenced art that forever changed music.

Where Did It Begin?

The birth of jazz in Charleston came from a place you would not expect. It all began with the Jenkins Orphanage Bands, one of America’s first private African American orphanages. The talented young boys and girls were taught musical literacy by orphanage founder Reverend Daniel Joseph Jenkins, who founded the “jazz nursery.”

To support the orphanage he started in 1891, the Rev. Daniel Jenkins created the band, which, in time, toured New York, London, Paris, Berlin, and Rome, performing African-inspired songs and dance steps. They toured Expositions in St. Louis and Buffalo and even performed at the inauguration of President Taft. Their syncopated tunes and dancing conductors inspired the 1920’s dance craze called “The Charleston.” The Jenkin’s Orphanage Bands’ original sounds created a legacy of music, which continues to flourish.

The touring bands continued to spread jazz from Charleston to the rest of the world, and their roots in Charleston spread deep into the culture. The old Riverside Beach Pavilion was a venue for the Charleston area to host jazz performances. Performers like Famous Flames and Louis Armstrong toured there, steeping in the rhythm-and-blues of the musical city.

Today, there are jazz performances all around town. You can experience the smooth music at the Charleston Jazz Orchestra performances led by Grammy-winner Charlton Singleton, or attend the annual Lowcountry Jazz Festival at the Charleston Galliard Center, which is known as one of the biggest jazz events of the year. The celebration features world-class musicians, honoring the origin of jazz in Charleston. Charleston Music Hall and local jazz lounges host events throughout the year, featuring contemporary artists from both near and far. There is no doubt that the rhythm of the local jazz community keeps the heritage of the “home of jazz” alive.

There is no doubt that the city cherishes its beautiful legacy of jazz music. The Charleston Jazz Initiative is a collective research project to understand the history of Jazz and its impact on the city’s culture. CJI was founded by Jack McCray, jazz journalist, and Dr. Karen Chandler, Associate Professor of Arts Management, School of the Arts at the College of Charleston and former director of the Avery Research Center for African American History and Culture. The Initiative shares the deep cultural ties to the music we hear today.

McCray, CJI co-founder and Charleston native, is a connoisseur of the art form and recognizes Charleston as a cradle for the birth of jazz music.

“From enslaved African drummers, to black drummers attached to white militias, to military bands, to community brass bands, has come Charleston jazz,” he said. Jazz was a great equalizer, McCray said, integrated jazz bands were far ahead of other places in South Carolina in the twentieth century.

“What happened in Charleston, New Orleans, Memphis, Kansas City, Savannah and other cities not only illustrates the fact that jazz was born in America, their stories prove that America is built on the same principles as jazz. It’s a kind of real-world metaphor. Jazz is democratic. Everyone can have something to say. It’s diverse and inclusive. It’s an experiment. There’s never been anything like it before. It will always be a work in progress,” McCray said.

The Holy City’s flourishing jazz community is a symbol of the city’s vibrant culture. We look forward to featuring famous jazz musicians and the ways you can celebrate our Charleston jazz heritage through our new jazz series.